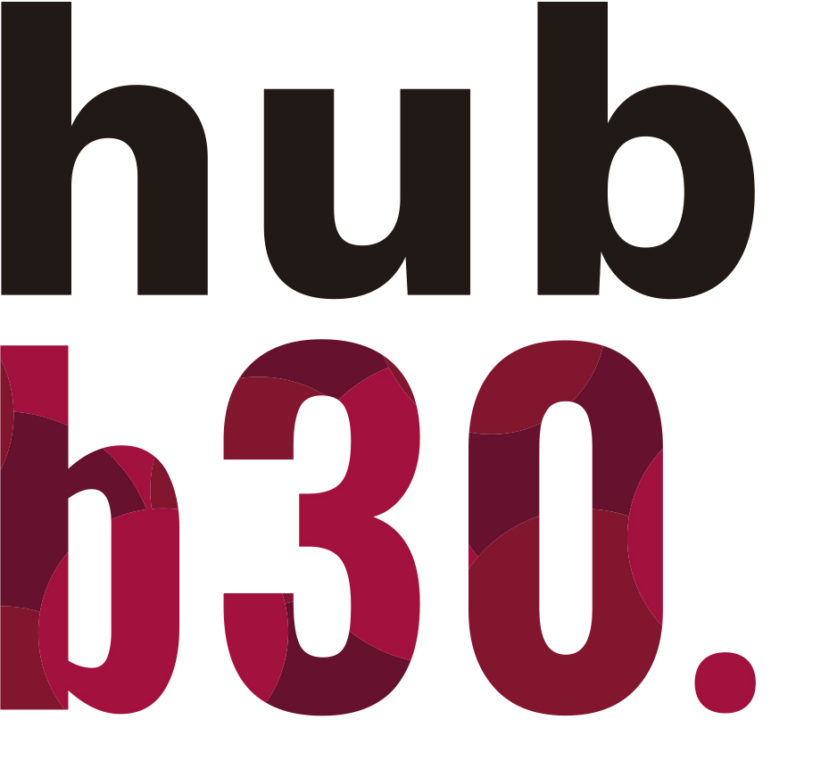 “Hub b30” is an open innovation network created to promote the collaboration, economic development and social cohesion of the territory in which the Autonomous University of Barcelona (UAB) is located.

The B30 territory is made up of 23 municipalities in a valley that is crossed by the AP7 (B30) highway that connects the different municipalities, with an area of 485km² and has more than one million inhabitants. Its uniqueness lies in the fact that it represents the main industrial agglomeration of Catalonia and Spain with almost 30,000 companies (providing occupation for almost 400,000 workers (1) located within its area.

In this sense, approximately 50 kilometers of the highway axis called B30 structure a territory of a great demographic, economic and social relevance.

In this territory a series of very singular circumstances come together that explains why it is internationally known as an innovative region (2). Not only does it have a high intensity of companies, but also a high presence of scientific-technical institutions. It hosts one of the most advanced light laboratories in the world, the Alba Synchrotron, as well as two major public universities: the UAB and the UPC. These capacities include research centers of the CSIC and IRTA; the UAB Research Park and the ESADE Creapolis business school. The possibilities of contribution of territory B30 to a socioeconomic development of Catalonia based on the knowledge economy are extraordinary precisely because of the potential for transfer of knowledge and technology that it integrates.

In this context, the strategy of the Universitat Autònoma de Barcelona is to play a role as a node of metropolitan knowledge. The consolidation of this paper depends, among other things, on the ability of the University to functionally integrate into the territory of which it is a part. But linking the university with the rest of the actors is not an easy task in the context of ​​the metropolitan area of ​​Barcelona, ​​characteristic of its variable geographies and changing boundaries in a reality that adopts urban models in the form of a network (3).

Born from the municipal partnership ÀmbitB30, initiative Hub b30 helps UAB to be linked locally and understands the logic of the various actors in the territory that hosts it. The systematic interaction it maintains, likewise, helps to determine the role of the university in the territorial network of centers and sub-centers to which it belongs.

The Hub b30 contributes to the UAB understanding the logic of the various actors in the B30 territory, to which it is linked, and to determine the role of the university in a complex network of companies, entities, centers and subcentres.

Born in 2018, the Hub B30 is conceived as a co-creation and co-creation ecosystem inspired by the 4 propellers, where companies, research and innovation agents, local administrations and citizens of the B30 have their place. It offers contacts, experts, resources and services to public and private organizations to help them detect and solve challenges in an efficient, innovative and competitive manner. It promotes access to knowledge about markets, financing, technology and patents; to equipment and scientific-technical infrastructures; to advisors in innovation and entrepreneurship; to research staff; and specialized training among others.

One of the first activities organized to promote interaction and collaboration among local stakeholder and boost knowledge transfer to the territory are the Hubb30 Innovation Brunches. These events are opportunities for networking between researchers, companies, entities and users and articulate collaborations around specific topics that combine technologies and diverse sectors.

In each of the announcements, a practical case of collaboration between diverse agents is presented to the public and in order to demonstrate successful examples of technological, social, product, process, marketing and business model innovations.

To date, the following twelve Innovation Brunches have been celebrated:

On each one of the topics, the UAB Research Park has produced an associated technological surveillance report that integrates a vision of trends and innovation around the thematic, as well as a related patent analysis. The various reports produced so far are available and can be consulted at the following URL:  https://hubb30.cat/en/innovation-brunchs. The 12 Technological Surveillance Reports of the Hub b30 Innovation Brunch can also be found at https://hubb30.cat/en/innovation-brunchs.

As in these sessions, the most disruptive technologies, trends and experts in the field are exposed, they generate a lot of interest among the business, social RDI and social fabric of the B30 territory. Consequently, they contribute to generating interactions that in the medium-longer term could become consolidated cooperation in research and innovation projects. The available data (4) confirm positive feedback from the participants that make up the quadruple propeller of field B30. They indicate that 68% of participants appreciate their satisfaction and efficiency between 3 and 4 points out of a total of 4.

The logic of Innovation Brunch is “top-down”, in the sense that the proposed topics take into account the characteristics of the territory and its opportunities for research, development and innovation from a strategic viewpoint. Since 2019 however and in order to complement the action of Hubb30 with a “bottom-up” logic, differentz events were organized “on demand” by and with the agents of the territory, the Innovation Mornings. The objective of this second typology of events is to work on problems, challenges and solutions utilizing Design thinking methodologies. This line of work has been initiated this year with the following two themes:

In essence, the Hub30 initiative is still young, but step by step recognition is being obtained both locally and supralocal and international level. Probably one of the most interesting success indicators of a hub is the quality and volume of the actors that have adhered to it or participated in the diverse activities.

Having reached the interest of RDI agents and local administrations for Hub b30, the company/industry membership phase is now underway.

Since the Hubb30 was initially created and impulsed by the Universitat Autònoma de Barcelona, the UAB Research Park, Eurecat and the B30 Area Association to promote innovation, further key RDI actors in the territory also decided to adhere to the HUB (UPC, Sincrotró Alba, ESADE Creapolis ) and the key local administrations (County Council, Innovation Agency of Catalonia ACCIÓ ). In 2020 it is expected to continue growing and to gain more diversity and efficiency with the adherence of the representatives of companies and industry of the territory B30 to the HUB.